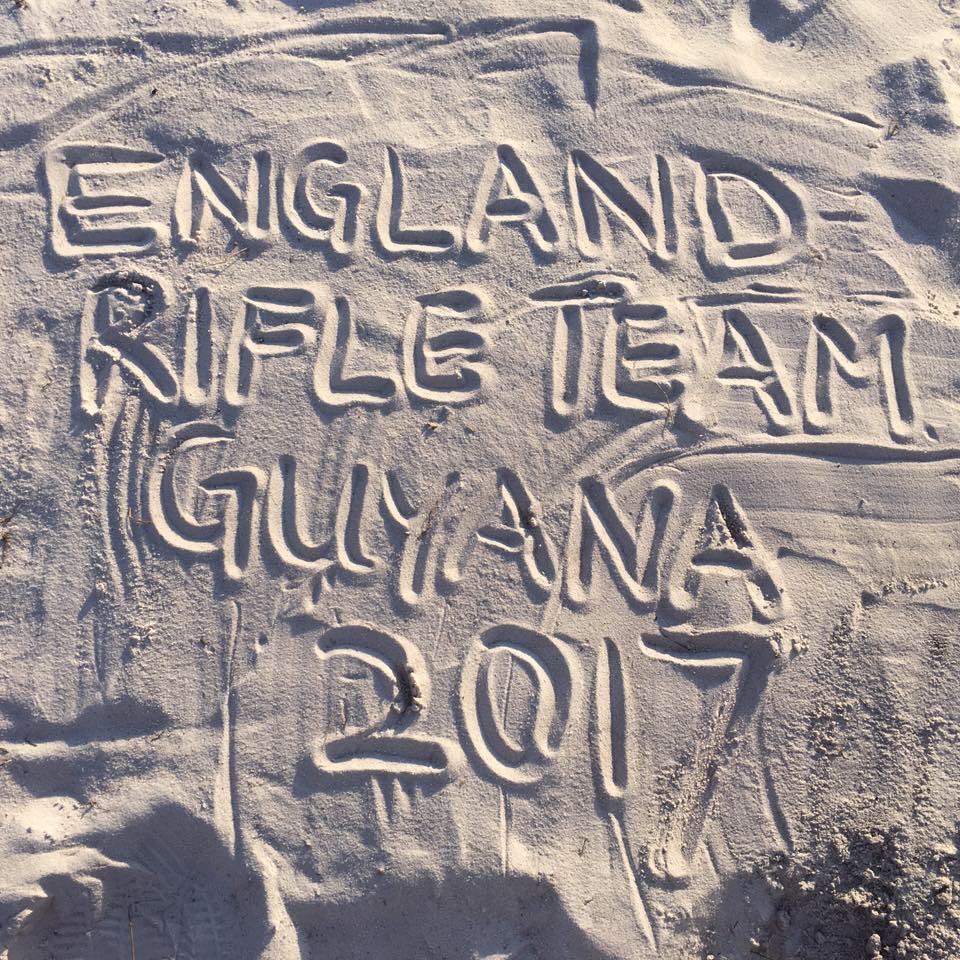 “England Expects (And So Does Antigua)”

Shooting resumed with the first of the team matches, specifically the International Long Range match, with teams of 8 firers, plus coaches, led by a Captain and herded by an Adjutant, competing at 900 and 1000yds. Due to the hot conditions over the week having potentially contributed to some unintended effects with the week’s ammunition, it was decided that less ‘energetic’ batches of ammunition be used so as to reduce issues, but unfortunately doing so created issues of its own.

While the main team contested the match on England’s behalf, one member of the group volunteered to join the Antigua & Barbuda team so as to allow them to field a full team. As a result, Adam Leech claimed his second national cap of the tour, scoring an 88.2 and coming second on the team to Scotsman Sandy Gill (92.5), who also stepped in to make up numbers. Both are currently making enquiries as to where to send their passport applications to…

In the meantime, England set about showing how this shooting lark is done. Nigel Stangroom led the way at 900yds with a 49.4, with Laura Kennedy close behind on 48.2. Even with the coaches working to keep on top of the wind, the unforgiving long Range ICFRA targets nipped away at scores. England still returned a number of mid-to-high 40s scores, coming off the point with 368.20 (ex. 400), falling back in 2nd place and only 3 points behind local leaders, Guyana.

1000yds did not yield the same results as 900 and from the off, it was clear that something was up. Scores peaked at mid 40s at best, with low 40s and 30s been seen not just on England targets, but variously dotted across the range. Unfortunately, the severity of this varied significantly from shooter to shooter, with some from England being hit particularly hard. Later examination by the Guyana NRA showed that the selected ammunition was likely to have been a factor, but unfortunately not before England had recorded a total score of only 668.25, finishing 4th behind Ireland (702.28), Barbados (712.27) and Guyana (712.36).

The team left the range for their final team dinner and with an increased determination to acquit themselves in the following day’s Short Range match.